Responding to the La Maida Institute and the artists that participated in the Mirroring Resilience artist intensive, I created forty 2"x2 linocut blocks creating images of the objects found around the La Maida Institute that a visitor would see. A durational performance, I invited participants and visitors on the exhibition day to  create their own composition which they signed and took home. 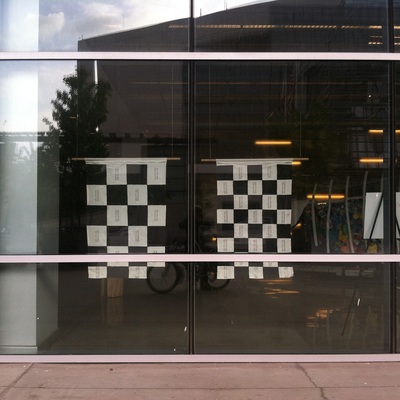 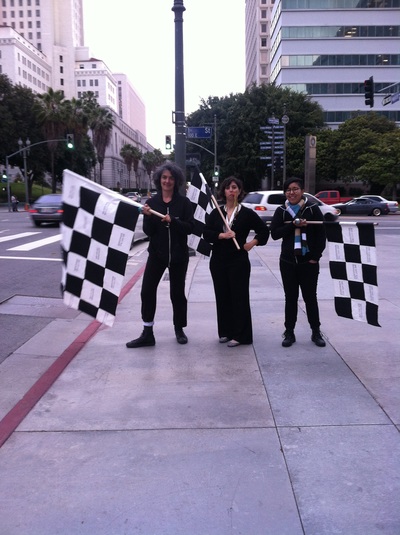 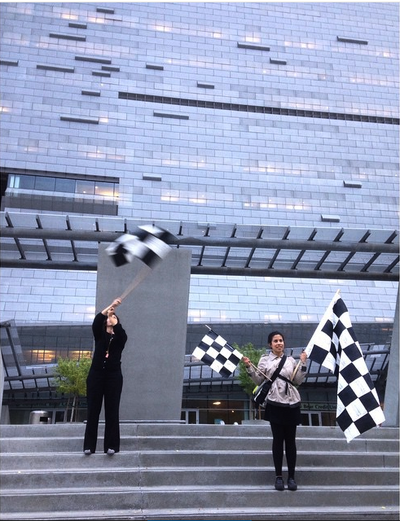 Estrada organized a group of artist performances that addressed the title of the her show, “Traveling without doing Harm.” Looking at the issues of identity/persona, urban planning, immigration, and capitalism.  The artists are Joy Harris, Guan Rong, Henry Taylor, and Diana-Sofia Estrada. 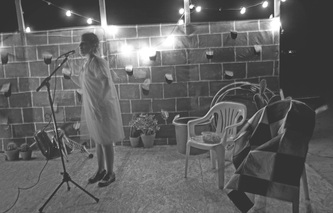 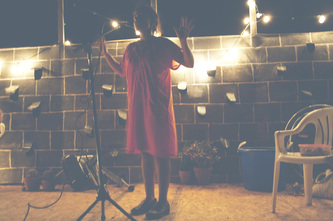 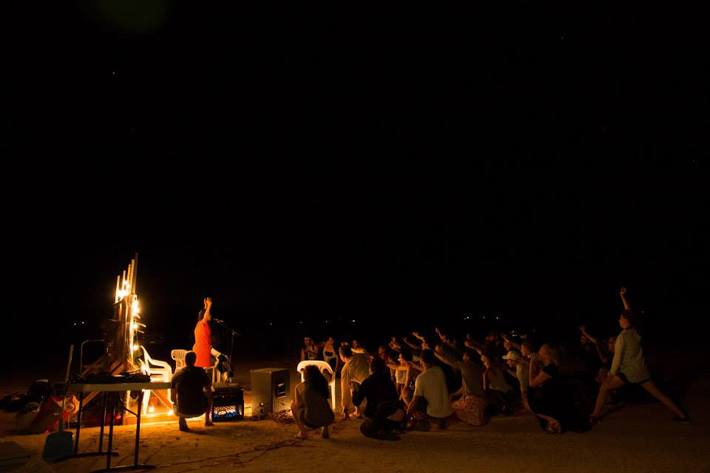 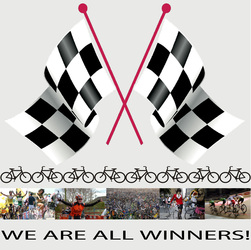 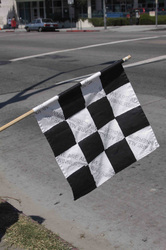 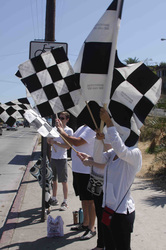 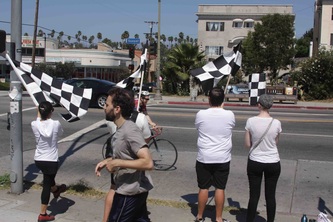 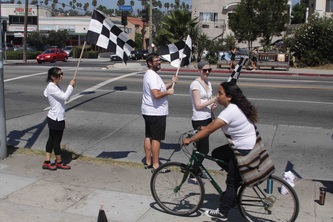 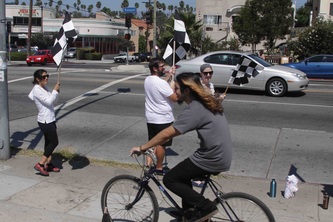 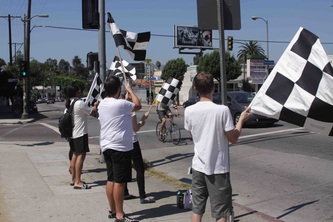 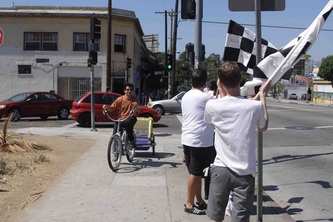 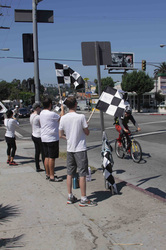 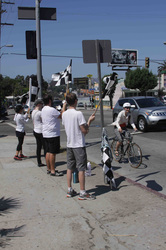 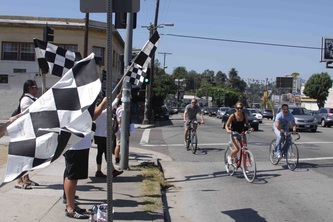 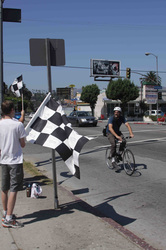 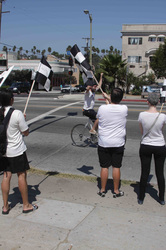 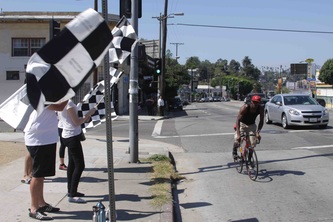 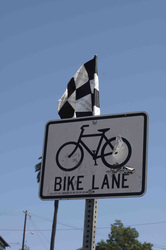 Performers are Matt Roberson, Astri Swendsrud, Jorge Estrada, Quinn Gomez-Heitzeberg, and Diana-Sofia Estrada; Photos by Calvin Lee
Being a bicycle commuter, I frequently get cheered on, catcalled or honked at while riding to and fro from work. Los Angeles is hilly so sometimes you are going slow, sometimes you are going pretty fast. It just depends. The best times are when people wave at you and smile for doing your best. It makes riding a bicycle exciting and unexpected.

Other than the health benefits of riding a bicycle, what about one’s self-esteem? Being yelled at in a rude manner puts me in a bad mood and being a sensitive person, can create some feelings of anger. I am none too pleased when the f$cker behind me, driving a Benz, is honking at me for riding a bicycle and I am ALL THE WAY TO THE RIGHT! This drives me nuts to no end and makes me want to pull out my pepper spray. But alas I don’t and I do follow the law as best I can.

ALL BICYCLE RIDERS ARE INVITED TO PASS BY THE Winners’ Intersection at 2400 Sunset W,90026 and Coronado (an intersection where you have to stop and start at the base of a hill). A small group will be cheering on anyone who bikes or skates down either sides of the bike lanes AT YOUR OWN PACE. Between 12:30-1:45pm using checkered flags, the Winners' group will cheer and howl for people coming down those lanes (or close to it). Statements such as “Winner!” will be yelled. If people bike in groups, everyone who passes by will be declared the “Winner!” No one will be left out or behind.
WE ARE ALL WINNERS!!!

(remember to be safe, bring your gear, and follow l.a. bicycle laws!)